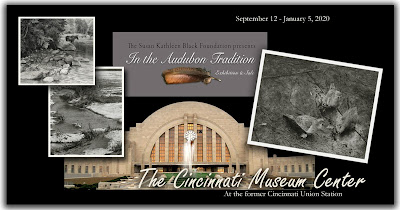 It's an honor that three of my works will be included in the upcoming celebration of the 200th anniversary of the opening of Cincinnati's Museum of Natural History and Science, now housed in the beautiful, recently renovated former Cincinnati Union Station in which the Cincinnati Museum Center now resides. This exhibition also honors the legacy of John James Audubon, who was the museum's first employee in 1820. Works by dozens and dozens of the country's most notable animal artists will be on display and available for purchase beginning September 12th and running through early January of next year. The exhibition has been put together by the Susan Kathleen Black Foundation and I'll post a link to the show's web site once it is fully on line, shortly.
Posted by Terry Miller at 11:04 AM 1 comment: 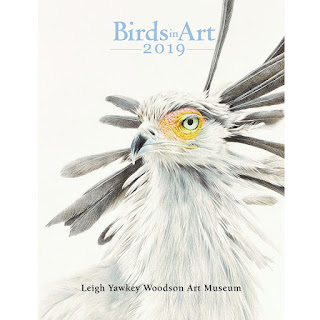 With this year's opening of the Woodson Art Museum's eagerly anticipated yearly exhibition, Birds in Art just around the corner (second weekend in September), I am honored to have been asked to introduce this year's honoree for Master Wildlife Artist and present Alan Woollett with his medal. I've known Alan's work for many years, both his graphite black and white work as well as his colored pencil output, and am excited to share his joy in this honor. I have several of Alan's works in my personal collection and am anxious to see them hanging in the galleries at the Woodson Museum along with the others that have been lent for this exhibition. If you can make it to the public opening on Saturday, September 7th in Wausau, you'll get to meet Alan and see his wonderful work in person and hear me talk about what it is about Alan's work that is so appealing to me.
Posted by Terry Miller at 8:14 AM No comments: