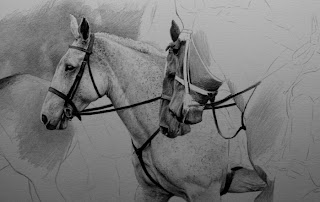 Something new is taking shape on the drawing board. As I mentioned a short while back, I believed there were more horses in my future and lo and behold . . . here we go!
Posted by Terry Miller at 1:44 PM No comments: 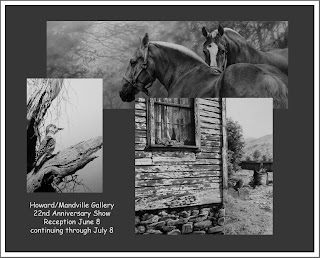 Shipped out yesterday, these three works will be included in Howard/Mandville Gallery's upcoming 22nd Anniversary Show which opens on Friday night, June 8. I am pleased to have my works represented in the Pacific Northwest by this well respected gallery and to have them hang along side some of the country's top artists. If you are 'in the neighborhood', the show will hang through July 8 at their Kirkland, Washington location so stop in and take a look.
Posted by Terry Miller at 11:18 AM 1 comment: 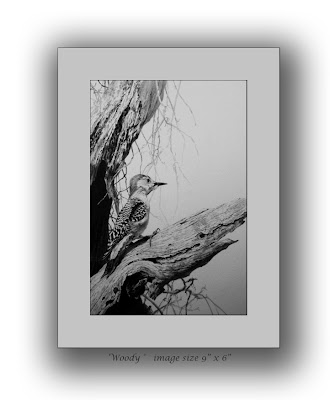 Just completed late last night, 'Woody' will be heading out to the Pacific Northwest later this month for next month's big Anniversary Show at Howard/Mandville Gallery in Kirkland, Washington. I don't like to duplicate myself either when it comes to subject matter or pose or compositional idea but sometimes, when there seems to be heightened interest in a completed work and I have a descent amount of additional reference material from which to work to develop a similar compositional framework, I will. Case in point, an earlier work done in January of this little red-bellied woodpecker (shown below), which has just been juried into this year's members' exhibition, Art and the Animal of the Society of Animal Artists, drew a great deal of comment and interest. I thought a smaller, more vertical redevelopment of the original idea might be enough of a variation for me to feel comfortable in approaching the subject again for the upcoming gallery event. I don't find anything 'wrong' with other artists finding an idea that seems to resonate with many and following up on the original with reincarnations of the same idea, but for me, it just does not interest me in a creative sense to 'redo' something that has already brought me, and perhaps some others, the gratification that I had hoped it would when the idea first jelled in sketch form.

Having opened late last month, the 33rd Annual Spring Exhibition and Sale - Modern Marine Masters  - will hang at the Maritime Art Gallery at Mystic Seaport along the Connecticut coast through June 10. Among the 75 works from over 50 internationally recognized maritime master artists, you will find one of mine! If you are traveling along the coast of New England between now and mid June, stop off and see some wonderful art. You might even want to add something to your collection!
Posted by Terry Miller at 4:05 PM No comments: 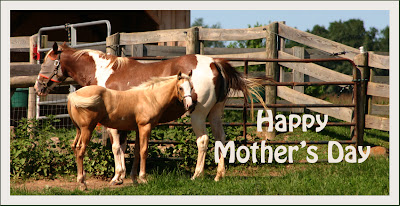 Posted by Terry Miller at 1:20 PM No comments: 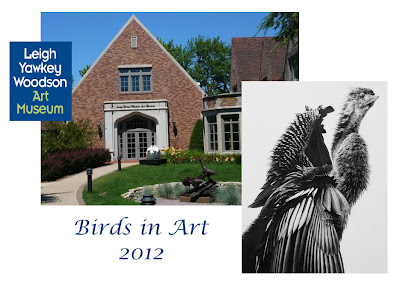 It being the second week in May, great excitement in the air this morning as news of the jury results for this year's Birds in Art exhibition at the Woodson Art Museum, hit the airwaves. Facebook was all abuzz this morning as artists slowly began to post of their good fortune. I am pleased to announce that my work, 'Florezca el Flamenco', has made the cut this year and will join a host of other fine works in September at the opening of the exhibition in Wausau, Wisconsin. My congratulations to all my artist friends who also made the cut and to those who did not, don't give up. I've read this morning of a number of artists who have gotten through the jury this time after as many as six or seven years of rejection notices. Now, it is back to the drawing board to finish up my current work!

Well, after this morning's good news and all the excitement being shared by artist friends in the social media, I needed to get back to reality and the drawing board. So, spent the last three hours (posting now at 3:35 PM) finishing up this work which will be my entry for this year's Western Visions: Miniatures and More show and sale at the National Museum of Wildlife Art in Jackson, Wyoming. The show is not till September but had to get this one done so the image could be sent in for the catalog publication over the summer. I have a feeling there are going to be more horses on the drawing board in the near future. Meanwhile, I'm still basking in the glow of getting my head around the fact that this will be my 21st year of inclusion in Birds in Art! 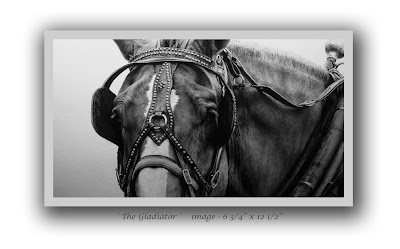 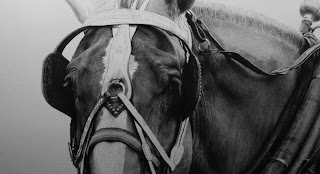 As work time begins today, here is where things are after a couple hours of work after dinner last night. Hope to have this one done tomorrow.
Posted by Terry Miller at 2:05 PM No comments: 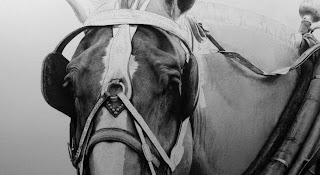 OK, back at the drawing board today and here is today's update on this new work.
Posted by Terry Miller at 4:04 PM 1 comment:

A Day at the Races

A Day at the Races, and not the Marx Brothers kind of Day at the Races! I joined several artist friends yesterday for the 87th running of the Virginia Gold Cup Races held at the bucolic Great Meadow near The Plains, Virginia. I attended the races last May and was quite anxious to return this year as the reference material was not to be missed. Pulling together some images here just to give a feel for the action of the day. There will be ideas floating around in my head for the next week or so as I sketch out ideas for new works to come this summer, can't wait to begin!
Posted by Terry Miller at 1:55 PM 1 comment: 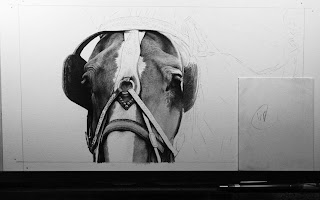 Another work taking shape on the drawing board. Yep, yet another draft horse. Well, they are fun to draw, what can I say!
Posted by Terry Miller at 2:31 PM No comments: