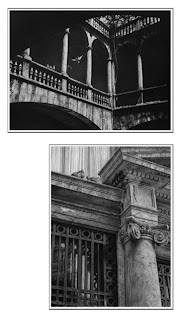 Notice arrived this weekend from North Light Books that two of my works, In the Midday Heat and Close of Day, are to be included in next year's publication of Strokes of Genius 3: Fresh Perspectives. I'm thrilled with this news, coming on the heels of last fall's publication of the second in the Strokes series in which five of my works were included. Publication is set for October of next year, which seems like a long way out, but there will be much prep and prelim stuff going on over the next ten or twelve months, so never too soon to begin. As time approaches for the release of the book next year, I will post again and have signed copies available direct from my studio.
Posted by Terry Miller at 9:02 AM