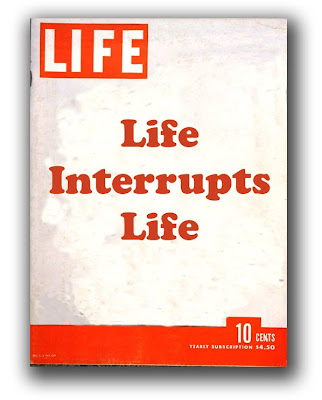 Turmoil swirls, dust rises, life intervenes. It wasn't enough for me to have been ill and feeling like %@#@# but life also stuck its nose into the mix this last week or more and things are just finally returning to some sense of normal around here. I can't remember when I last sat at the drawing board and worked. That is going to change within the next day or two. I know what I am going to draw and it is just, now, a matter of getting to it! 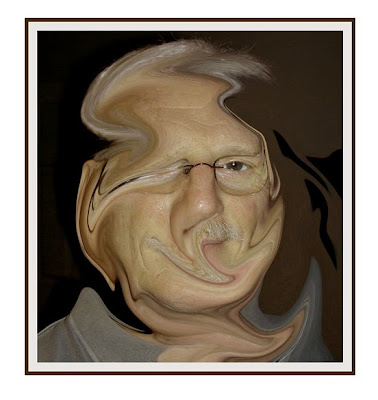 No, I've not been on safari in Africa (I wish!), no, I've not been laying on a beach in the Caribbean (I wish!!), no, I've not packed up and moved to a Pacific Island (I wish!!!). I have had the worst case of flu . . . well let's just say I have never been that sick in my long life. My head has been awash for the last week and I've felt like I have been twisted and pulled in every direction possible. Finally, today, I am feeling somewhat human again, though I still have a ways to go before I think I can sit myself down to the drawing board and focus. It's not been fun being away from the studio for a week and especially now when I have so much work to be doing. Well, soon enough I will be digging into my pencil tray and back at it. For the time being though, I will continue to recover ... arrraaachhhh ... cough, cough, cough ....
Posted by Terry Miller at 12:02 PM 3 comments: 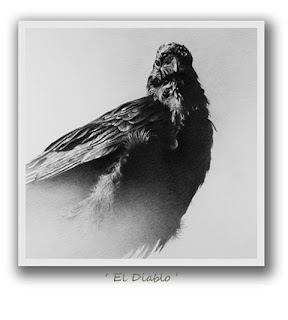 Here is a small work, 7" square, just completed for this fall's Western Visions at the National Museum of Wildlife Art in Jackson. Why, do you ask, am I doing this now? The museum needs an image for the show catalog soon, that's why! Plus, I have new works to prepare for a July gallery event and will need these next 6 weeks to work on that.
Posted by Terry Miller at 2:36 PM 2 comments:

Of Paper and Pencils and Pride

Last Friday, through a flurry of postings on Facebook pages, emails and phone calls, many of the artists who made the cut and were juried into the 35th anniversary year exhibition of Birds in Art, proudly proclaimed their good fortune. I have been wondering about many of my friends who I did not hear from over this past weekend about whether they made the cut or not. It was a delight to see a posting this morning on the Woodson Art Museum's Facebook page of the entire list of juried artists for 2010.

Even more delightful, amid those listed, well known to me and not so well known, I found the names of three fellow graphite artists; Ray Brown, Cole Johnson and Ryan Jacque. It was most exciting to see those names as what it said to me instantly was that the jury, who considered more than 920 images, selected at the very least, 4 works in graphite to be among the 115 works to hang in this year's exhibition.

On the surface, this might not seem to be a situation warranting mention, but being one of those pencil pushers myself, it was heartening to realize that three independently thinking jurors came to a meeting of minds about our four drawings.

Why, do you ask this to be of heartened realization to me? Over the years that I have been a professional artist, through trials and tribulations and overhearing conversations at gallery events and art exhibitions, it has become apparent to me that many people will not give a drawing even a passing glance or recognition as being something worthy of consideration for addition to a collection.

When I first turned professional in 1990, I was often taken aback at the realization that some would stop and ponder the oil paintings of a neighbor artist at a large scale group art show with 100 or more artists exhibiting side by side, but meander on by my display panels taking little note of my work or even making comments such as 'Oh, just drawings . . . let's see what's next.' It took a while for me to be able to let such things just roll off my shoulders, and by engaging in conversation about my work with those who did stop and look and speak and show interest in my drawings, it became easier for me to let the others just pass on by. The many who did show interest proved to me that my work had worth and importance and was every bit as viable and strong as those paintings that surrounded my drawings.

Over the twenty years now that I have been showing work as a professional, I have seen a very marked change in the acceptance of graphite as a valid medium. Many collectors who may have a dozen or more of my works in their collection, have that work hanging side by side with canvases of their favorite painters, showing no sign of favoritism toward one medium or the other. Of course this is gratifying to me as is the joy I have in seeing more young artists who have chosen graphite as their medium.

With seeing my fellow pencil guys included in the list for the exhibition this morning, it just reinforces what I have felt for some time now about works on paper and especially drawings, being more and more accepted as important pieces of art. If at least four drawings can be included in such a well reputed, world recognized, juried fine art competition such as the Woodson Art Museum's Birds in Art, the sky is the limit as to what those of us who have stuck with the monochromatic medium of graphite may find open to us in the future.

A final brief note, seeing Ryan's name on the list was extra heartening to me as in November of 2008, Ryan suffered a tragic accident from which he is still recovering all these months later. It is only very recently that Ryan has been able to spend even a limited amount of time at his drawing board, translating the incredible talent that he has with a pencil into the stunning works that he signs his name to. To see that he was able to complete a work for jury consideration for this year's exhibition and that it was honored by the jury's ultimate selection, must mean a great deal to Ryan and his family and I hope indicates his continuing return to strength as the remarkable artist that he is.
Posted by Terry Miller at 12:53 PM 4 comments: 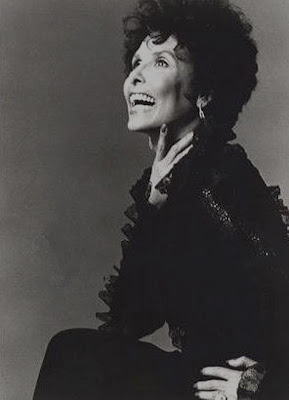 It was with great sadness
that I read of Miss Lena Horne's passing
this morning.
I've listened to and enjoyed
her unique and
highly recognizable voice for years.
A great loss, from any viewpoint.
Posted by Terry Miller at 2:43 PM No comments:

As noted several postings ago, I had been busy this past week on something quite different in the studio . . . a portrait! I had been asked about a month ago, if I would consider taking up the challenge of doing a portrait of a baby. Now, I can count on the fingers of one hand, the number of times in the past that I have done figures in a piece and still have a few fingers left over! So, after a momentary remembrance of just how jittery I had felt before incorporating the human form into a work, I reluctantly accepted the commission. On the one hand, I felt it would be a good opportunity for me to challenge myself and on the other, a good way of making a few bucks at a time when sales have been slow at best.
With that in mind, I spent some time photoing the little guy and doing some preliminary sketch ideas for the clients to approve. There were some wrinkles there, but a final idea was settled upon and work began last Monday. Here is a very brief set of images from the work as it progressed throughout the week with the final, finished work which was completed on Friday.
The old jitters were certainly back in force throughout the week. Doing a portrait of a real person is not my general cup of tea. I would much prefer to be doing any old cow or horse or lion or whatever. People are people and they have rather certain characters, personalities and very specific qualities, as we all know very well. Even little people, especially babies, have very distinct mini characters. Even though my range of over 100 photos had given me, along with the time spent in person, a pretty good grounding in just who this little guy was, I knew that I would need to capture all of that for his mom and dad so that they would instantly recognize their little guy. Truth be told, I have always felt that sort of understanding was just a bit too much weight to carry, for me as an artist, and that I did not care to deal with in my work. I have many artist friends who do portrait work in general course and enjoy it. Fine and dandy, for them!
Well, in the end, I think it turned out OK as the client was happy and I was generally happy with the result and I guess, that's what it's all about. I doubt, though, that I will now find myself, any time soon again, standing on a street corner with a sign in hand, hailing . . . 'Portraits by Miller . . . Get your portrait drawn here!'
Posted by Terry Miller at 9:32 AM 2 comments:

The Society of Animal Artists 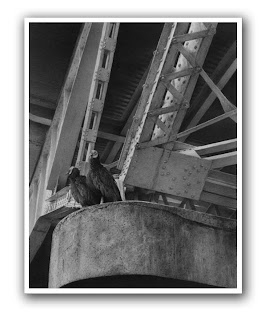 Yesterday seemed to be the day! Notifications galore. First Birds in Art and then late yesterday afternoon, email confirmation that my work, Watchtower, was selected for this year's celebration of the 50th Anniversary of the Society of Animal Artists. The exhibition, Art and the Animal, opens this fall in San Diego. 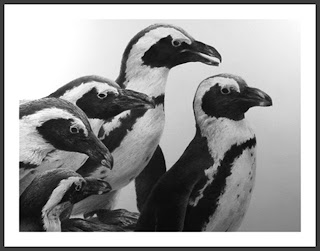 I was pleased to find in my email in box this morning, what in previous years through snail mail has been referred to as The Big Envelope! from the Woodson Art Museum noting that my piece, Puttin' on the Ritz, was juried into this year's edition of the museum's flagship annual exhibition, Birds in Art. I am thrilled to realize that my work is one of 115 pieces selected from 922 entries from all across the globe. What a way to end the week!
Posted by Terry Miller at 10:06 AM 5 comments: 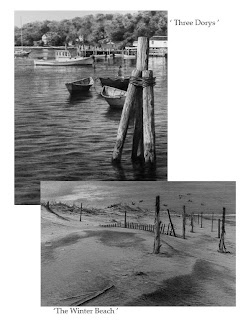 I was pleased to hear this morning, that these two works had recently sold at this year's edition of Modern Marine Masters at the Maritime Gallery at Mystic Seaport in Connecticut. I am now awaiting news of the jury results for this fall's International at the gallery as well as news from both the Woodson Art Museum regarding Birds in Art and news of the jury for this year's Society of Animal Artists member's exhibition also this fall. I will post when the news arrives.

I have been busy this week with something quite different for me in the studio and will post about that shortly.
Posted by Terry Miller at 10:32 AM 2 comments:

This one is ready for matting and framing and will be going to McBride Gallery's 30th Anniversary Show this June in Annapolis, MD. The image size on this one is
10 1/2" x 18 1/2". 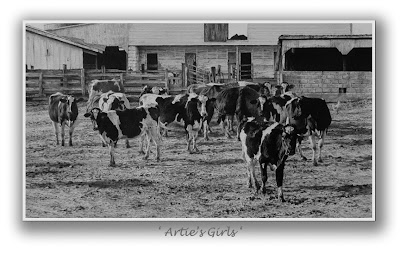