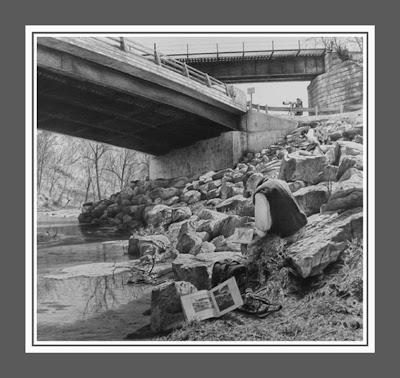 And so, 'Putting It Together' (which by the way, is the title of the lecture that I will be presenting at the Woodson on Sunday, June 29) will be framed later today. Tomorrow, it will be on to begin the final work for the exhibition.
Posted by Terry Miller at 1:01 PM

Very cool idea and very nicely done. Your exhibit will be awesome!
My best...

Love this piece Terry, more so I think because of the personal touch and it reminds me of the one you did with Pete Z included within the image.