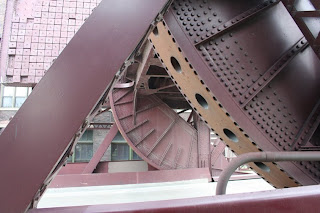 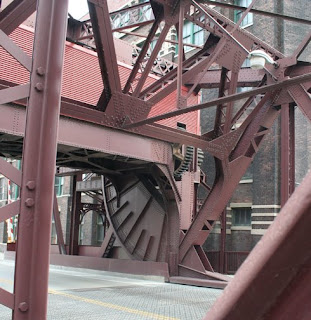 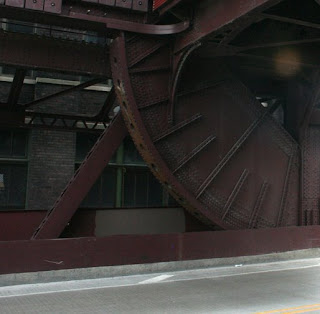 Some time ago, I had a request to post the reference material that I use to work up my ideas for a particular work, I guess in order to show how I take the basic material and work it into my compositional style.

I have mulled over this request for a bit, finally deciding that I would, today, post some of the shots taken in Chicago for the work that is currently on the board, and which I will post the beginnings of tomorrow.

As most artists would attest to, I think, reference is very personal 'stuff'. It is that which we make into our own by pulling out what we want, zeroing in on the things that spark our creative juices and often, help us to see things that others might have missed.

I have often been traveling with artist friends either here in my own backyard, or as far away as the plains of the Serengeti in northern Tanzania. We might stop and look at a particular scene or landscape or group of animals and invariably we all find different sparks and different focuses that draw our attention and possibly, make us want to jot down a notation about the light or the way a shadow falls or the 'mood' that seems to be created before our eyes, and make some quick sketches and take a photograph or two. And then again, some might just sit and wonder, 'what on earth is he seeing out there?'

And in that group of three or four artists, it would also be an invariable result that if you looked later on, at the notes and ideas and sketches and photos that were made by each individual, you would find totally different spots of focus and totally different things that caught each one's eye. Reference becomes a very personal thing at that point, as we all see things differently, and often, might feel that we have taken away THE most important aspect of that particular scene to be used later on in the studio. We want to make the best of what we have seen, and occasionally might even feel that we can 'top' our fellow artist friends because we have not only zeroed in on the 'best' and most important aspect of what we were looking at, hoping maybe that the others have missed it, but have found the perfect image to work from and really don't care to share that singular view.

The funny thing is that at that very moment of creative inspiration, the other three artists might just be standing in their studios, recalling a slightly different angle of view from your angle of view and remembering a slightly different tinge of light and shadow than you had seen, studying their sketches and reference notes that have focused on that other tree, that other zebra, that other aspect of the hill in the distance, and all the while feeling the same, personal ownership of that similar reference material!

And so that brings me to . . . somewhat reluctantly, sharing these images today. Not that I am that worried or concerned that someone else is going to grab up this material and do some bang up work of art from it, after all these are just quick photo shots to capture angles and aspects and the feel of this particular bridge, which in the end, might only be meaningful to me. But as mentioned above this 'stuff' is personal and the means by which my creative thoughts and ideas are often rounded out and given air. 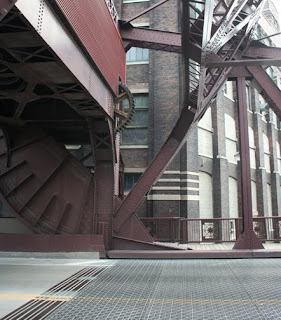 Very brave of you to share. I feel very similarly about my reference. It is at the heart of what we do and it is always difficult to open your heart.

Did you get my emails about Mateo? ---Ray

Hey Ray,
Yes, I have sent several emails your way. I did get the first mailing and the second and now I am wondering if you have not received any of my responses?

I have not received any of your responses as of yet. All my accounts seem to be online and running. Perhaps try going through my website contact page. I just sent myself an email and it worked. Sorry for the trouble. --Ray